Купить The Warlock of Firetop Mountain

The Warlock of Firetop Mountain is a tabletop adventure come to life! This fantasy solo RPG combines unique, simultaneous turn-based combat with a journey that changes based on each figurine you take into Firetop Mountain! Which hero will you take into Zagor's lair THIS time?
-70% 125₽
Нет в наличии
Скришноты Описание Системные требования Активация Похожие игры

Описание The Warlock of Firetop Mountain

“It’s a fine new take on a familiar format — one that’s sure to make you hope that there will be future Fighting Fantasy games done in this manner.”
4.5/5 – Gamezebo

“Tin Man Games has delivered a faithful representation of a classic story, in a fashion truly worth of the Fighting Fantasy name.”
4/5 – Vooks

“Essentially, what Tin Man has done with The Warlock of Firetop Mountain is to transform the classic gamebook into a single-player role-playing board game, one that comes with its own colorful storyteller and several modules to vary the experience on multiple playthroughs.”
4.5/5 – Touch Arcade

The original 1982 Fighting Fantasy gamebook , written by Ian Livingstone and Steve Jackson , has been transformed into an epic table-top adventure game , with new areas to explore, characters to meet, and of course, monsters to slay! Zagor's home assembles right before your eyes as you travel deep into the belly of the mountain.

Each character has their own motivations for being in Firetop Mountain, changing the way the gamebook is written and choices presented. Combat is fought using the digital miniatures in a simultaneous, turn-based system called GridBluff, and the game includes over 100 unique hero and monster figurines to discover.

Choose Your Own Adventure

Battle, sneak, and charm your way through thousands of story options as you play through over a dozen major quests , each unique to a different Hero.

Experiment with a slew of interesting battle strategies! Each Hero comes with their own set of attacks and manoeuvres . Poison, crossbows, holy magic, or a good old sword and shield – however you want to take down your enemies, there’s sure to be a Hero to suit! Venture forth, kill monsters and earn Souls to prove your might and unlock all eighteen Heroes .

Which Hero will YOU take into the Mountain?

Will you play as the noble and experienced adventurer Alexandra of Blacksand ? Or perhaps take the pious and righteous path of battle-priest Landov Lowan ? Forego the risks of combat with evasive sleep-bombs as Krea Datura ! Or get straight to the punch with hard-hitting rhino-man Twenty-Three . 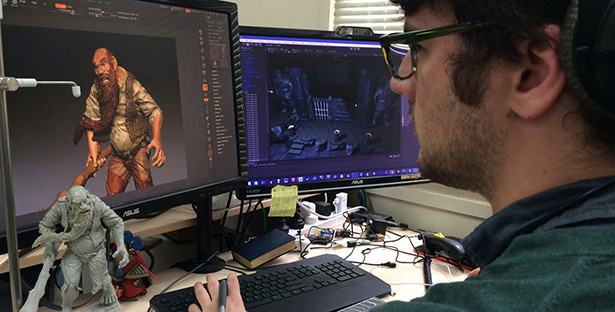 Encounter the nostalgic aesthetic of classic tabletop RPGs by playing with over 100 handsomely painted character and monster miniatures as you explore the depths of Firetop Mountain.

Детали The Warlock of Firetop Mountain