“Game of the Year !!!”
Games Magazine

CONTROL FANTASY RACES, SET OFF TO CONQUER NEW LANDS, OVERTHROW YOUR ENEMIES AND CLAIM THE VICTORY!


In this digital adaptation of the legendary board game, dive into a world inhabited by whimsical fantasy races. 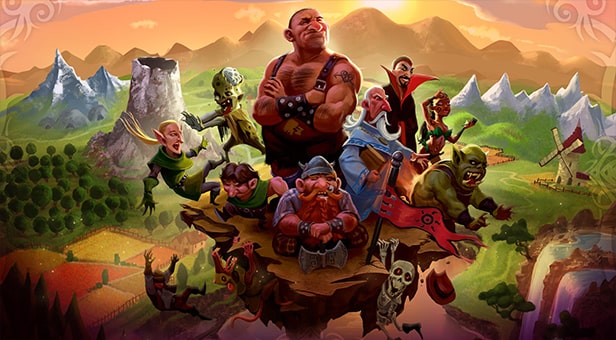 Take control of the dwarfs, wizards, amazons, giants, orcs or even humans. Then send out your troops to battle mercilessly and conquer new regions. Make shrewd use of the special powers of your races to expand your empire and win the game! Meanwhile, weaker civilizations will be ruthlessly chased out of this Small World! Carve out your place in a world that’s too small to accommodate everyone!

This game of strategy and conquest can be played over and over again thanks to the nearly endless combinations of races and special powers. Whether you’re a newbie or an experienced player, you’ll love playing this classic board game with simple rules and tactical gameplay.

ISOLAND3: Dust of the Universe

Play With Me: Escape room